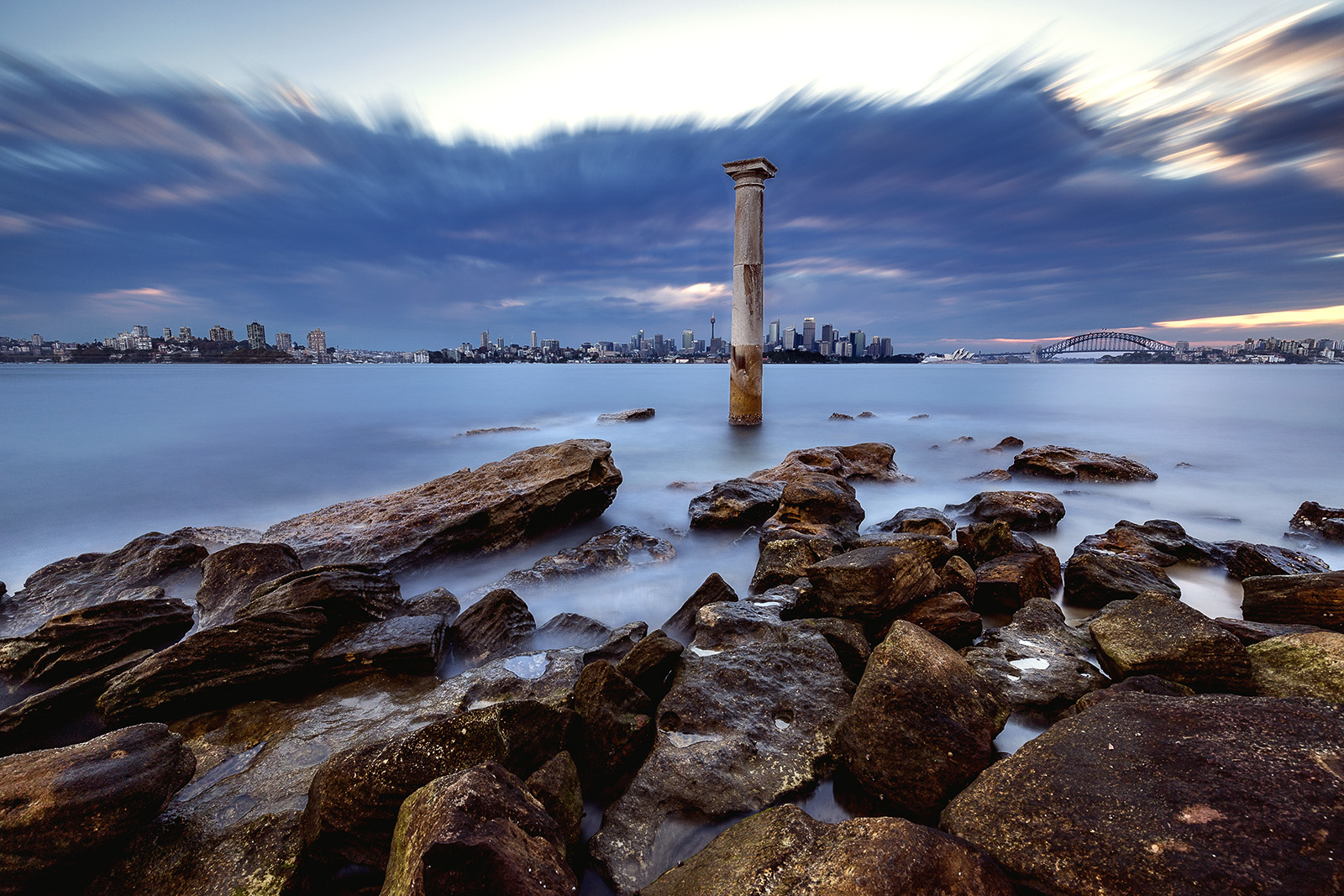 Last weekend the weather appeared to be good so I decided to rent a car and drive to Bradleys Head to do a long exposure. Although I’m happy with the image I got, I did have some challenges.

When I left the house, the sky was clear and blue which is what I originally hoped for. By the time I was halfway to the location, the storm had started to make its way closer and closer. The image you see above is actually one of the first images I took using my Haida 10 Stop ND filter. Just to the left of this pillar, there’s actually a small lighthouse which is the main subject of most images taken at Bradleys Head. I decided that since I had a nice shot already, I would try getting an image of the lighthouse too. The only way I could see to get to this lighthouse was walking over some rocks which were surrounded by shallow water so I figured everything would be fine.

I proceeded to start walking over the rocks and made sure to step very slowly and carefully. I got to one point where I had to do a small hop to another rock which seemed easy enough. What I didn’t realize was this rock was covered in green moss so it was extremely slippery. It’s also worth mentioning that instead of putting my camera away, I had it out on top of my tripod which I was carrying. I pretty much instantly lost my balance and started sliding all over the place. To try and counter this, I started jumping from rock to rock to try and find a position I could balance but I kept falling more and more. At this stage I finally found some balance but then my tripod with camera attached started toppling down towards a rock and some water. My natural instinct is to of course save my camera so I quickly grabbed it and held it as high above my head as I could. This caused me to fall back and before I could land on my back or head, I stopped myself with my left hand while using my right to continue to hold my camera in the air.

I’m now laying there on the rock, feet in the water (with my shoes ruined), hand bleeding and camera safe and dry above my head. I sat there for a few moments to get my breath back and I was just so happy that my 6D II and 16-35mm were safe. I didn’t feel brave enough to try and make it to the lighthouse so I turned back and struggle to make my way back without falling again. In the end I’m just happy I got a decent shot and my camera didn’t get destroyed but I don’t think I’ll be doing any seascapes anytime soon….