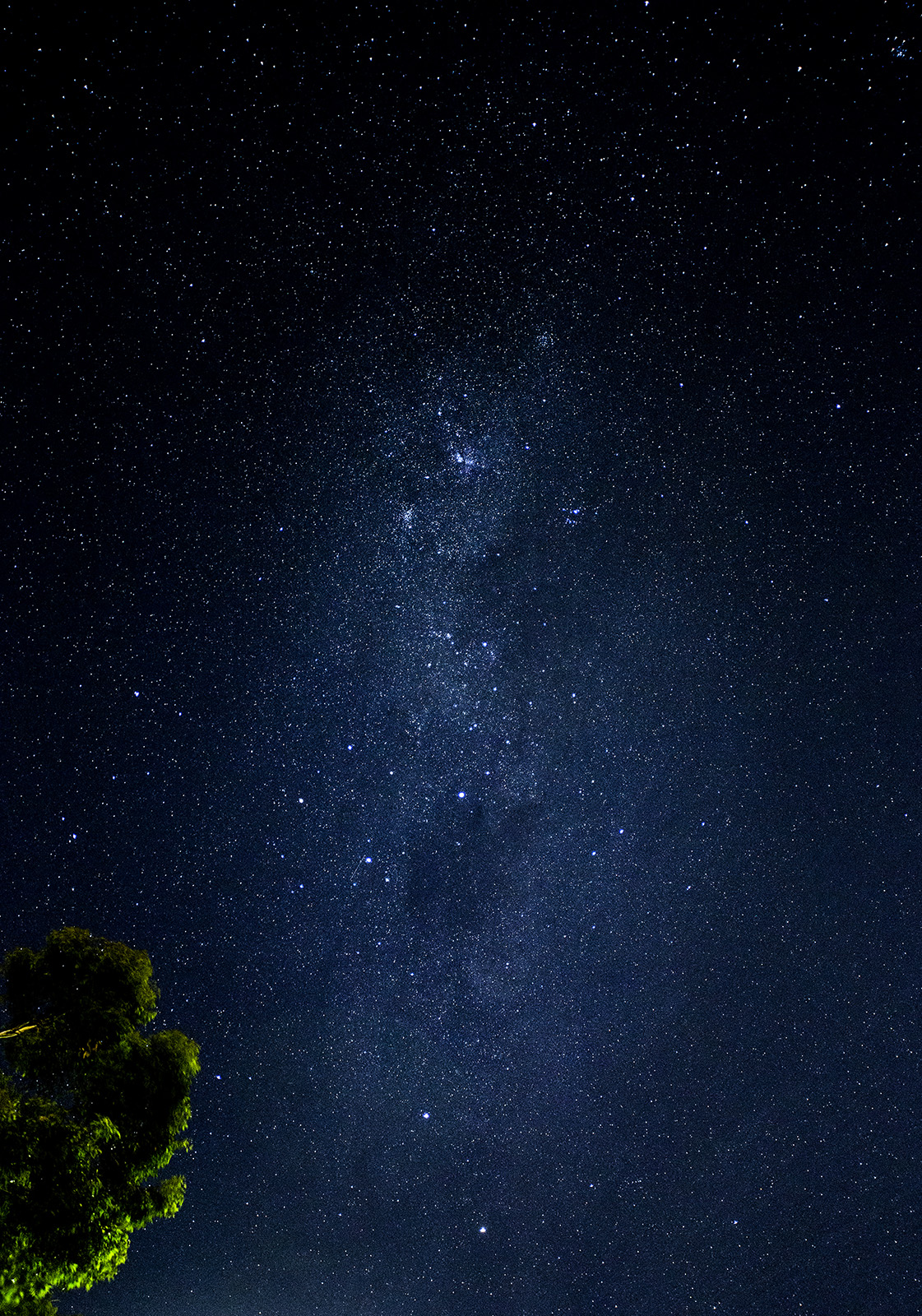 It was quite an adventure I went on just to take this image. It was taken at Zig Zag Drive which is in the Perth suburb of Gooseberry Hill in Perth’s East.

I had read that the Milky Way’s core is visible from Feb through to Sept so when taking this image I wasn’t sure if the core isn’t fully visible yet, or I just have no clue what I’m doing (most likely this one). The spot we originally wanted to shoot from was called Mundaring Weir which I have seen some really great astro shots from. The problem with this was, I had never been there before so I was not familiar with the location. My friend and I drove roughly 50km’s to get to this location and most of it was in the middle of bush with nothing but my headlights guiding the way.

Once we got to the location according the Google Maps (which conveniently lost reception once we got there), we could faintly make out a dirt road but no lights at all. We both agreed that neither wanted to risk driving down the dirt road and popping a tire with no reception or light, or get out and walk around in pitch darkness. Instead we drove to another popular location for its view of Perth which is Zig Zag Drive. On the way there we stopped at a small sporting oval to try some star shots from there and we nearly got locked in the grounds so had to leave. It took us a while to get to Zig Zag Drive but once we finally arrived, we proceeded to try take photos of the CBD view. Being that I only had my 17-40mm with me, everything looked to small are far away. Although not the prettiest of images, the photo below shows what it looked like from where we had set up.

After taking that shot I decided to try the stars again despite the fact there was a street light close by. Surprisingly it turned out better than my attempt at the oval so the whole night wasn’t a waste. Hopefully I will be able to upload some more photos from my Kuala Lumpur trip tomorrow since I still have a lot I want to share.